GUNS N' ROSES has released a limited-edition t-shirt, with all proceeds going to Crew Nation. The drive was launched by Live Nation to raise funds for touring and venue crews who are struggling financially due to the coronavirus lockdown, which has decimated the live music scene. Live Nation has committed $10 million to Crew Nation — contributing an initial $5 million to the fund, then matching the next $5 million given by artists, fans and employees dollar for dollar. This past week, GUNS N' ROSES postponed its summer 2020 North American stadium tour due to the coronavirus pandemic. The nearly two-month-long trek was scheduled to launch on July 4 in Milwaukee, Wisconsin and run through August 26 on Missoula, Montana. The band said in a statement: "The North American tour is being rescheduled out of an abundance of caution. We will share the updated schedule as soon as the dates are finalized and all tickets will be honored accordingly. If you are a ticket holder and would prefer a refund, please visit livenation.com/refund for your options." The group added: "Thank you for your understanding during this time as we look forward to coming back together very soon." GUNS also recently postponed a string of summer European shows, while a spring South and Central American trek was pushed to the fall. Ironically, GUNS N' ROSES was one of the last major acts to play live, when the band performed on March 14 at the Vive Latino festival in Mexico City. Though the coronavirus had forced many other major festivals to cancel their events by that time, Vive Latino continued as planned despite mounting concerns. Photo credit: Katarina Benzova 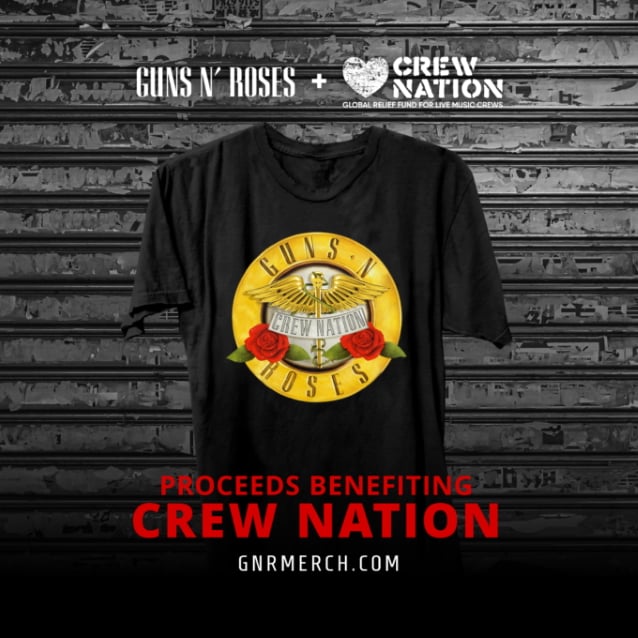